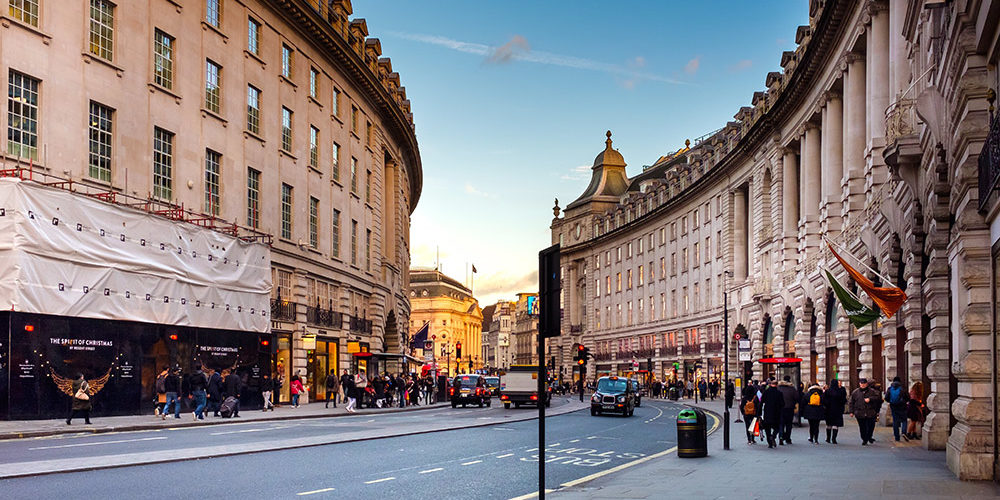 I went into London this week for the first time since 10 March, unsure what I might experience. Would it be as apocalyptic as portrayed by the media or would I be pleasantly surprised at how busy the city was?

Milton Keynes station was deserted, the train was deserted and Euston station was deserted. It was awful to see. I walked along Tottenham Court Road, down Charing Cross Road, along The Mall, across St James’s Park and through Nova to Victoria. The only venues open were the odd coffee shop, Pret, Greggs and an occasional supermarket. Not many pubs were open.

The Wolsey at lunchtime felt almost back to normal at what I’d estimate was 60% capacity, with no-one (team or customers) wearing masks. It felt great to be part of it all again but then on to Covent Garden and through Leicester Square, where retail opened but closed again in response to zero footfall. There were people around but the atmosphere was flat. Most pubs, bars and restaurants were closed and many shuttered. It was desolate.

I saw builders and workmen but no tourists, some transport workers but no office workers. Everyone kept their distance and about half were wearing masks.

This must be the same scenario in every city and large town in the UK. Customers aren’t going to return quickly to this, frankly, unwelcoming scenario. VAT reduction – particularly if it’s not passed on – won’t encourage people to flock to the city, neither will cheaper food. There’s a much deeper issue and it revolves around workers returning to offices. In London, it’s also about motivating tourists to return – but that’s another subject.

I can’t help but think the government has got the wrong end of the stick here. If it wants to protect jobs in hospitality – crucially in city centres – it has to motivate businesses to reopen their offices. There’s no point encouraging operators to cut prices when there are no customers to reap the benefit. It has to do this now because the longer this goes on, the more hospitality businesses will close forever and, while rent is still a huge issue, it’s simply a sticking plaster compensating for lack of trade.

It’s likely, of course, that ways of working have changed forever and the office as we know it will never return. Why would anyone want to commute if they can avoid it? However, there’s something to recommend the sociability and camaraderie of being part of an office team that laughs, works and goes for a drink together. Even if workers return for only three days a week and operators have to find a way to make money on 60% of weekday trade, it has to be better than this awful vacuum.

The suburbs and villages seem to be ok and some pubs, bars and restaurants are even experiencing unexpected like-for-like growth. In the suburbs, furloughed team members, the self-employed, those working from home and perhaps even the recently redundant can drive or walk for a drink or meal. They aren’t going into offices.

Innovative operators have shifted their mindset significantly. Digital plans devised for implementation within two years have been significantly truncated and actioned in two months. “Think the unthinkable” and “nothing is off the table” have become new mantras. Supply chains have been refigured. Menus have been cut significantly and simplified. Trading hours have been shortened. Order and pay at table has been introduced.

If customers can’t go to them, operators have determined they will get their products directly to the customer and have developed new routes to market. Delivery from shops or dark kitchens has been prioritised. Deals with supermarkets have been considered. Home kits, for example Pizza Pilgrims, have been launched. Online ordering for whole meals or food items has been developed. Online shops have been opened – look at what Leon has achieved here.

Innovation in this sector has been amazing considering many have implemented radical change from home with a skeleton team. Many have carried this out while starting wonderful charity initiatives. A big shout out to Libby, at Pho, who has raised an incredible amount of money through a silent auction, and Feed Our Frontline, which delivered more than 300,000 meals to NHS team members.

Operators have been desperately trying to save their businesses and teams. They have been relentless, innovative, working to the point of exhaustion, and collaborative. They can’t do this on their own, though. The government is walking a tightrope – I understand that – but if it doesn’t inspire businesses to open their offices again in town and city centres, our sector won’t recover. It needs to be decisive and put an action plan in place – now.