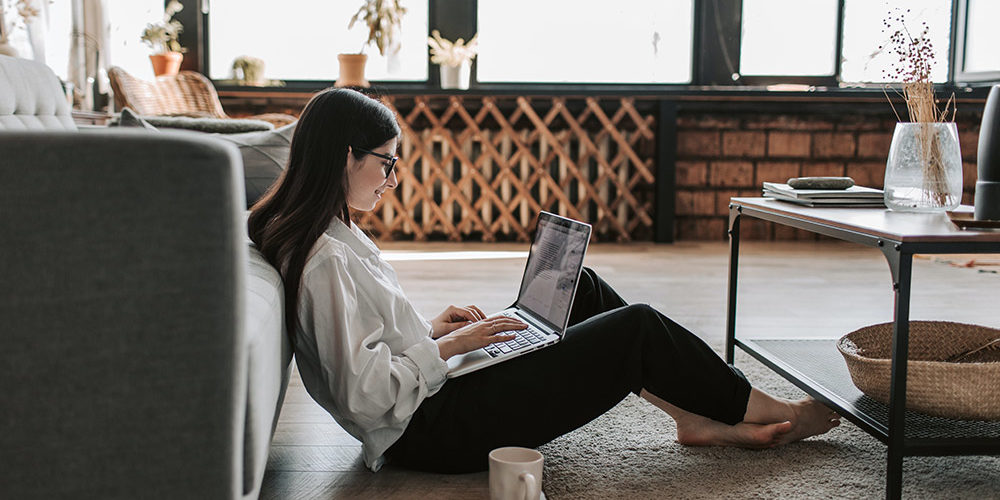 My dad’s elder brother, Uncle Charlie, died a few weeks ago aged 95 and I was asked to say a few words at his funeral. He was an amazing man and an entrepreneur all his life.

He passed his 11-plus and, despite the fact his father didn’t believe in education, went on to Almondbury High School, the best in the area. While there he bought sweets wholesale from a shop on the way to school and sold them in the schoolyard – not quite the behaviour expected of a grammar school boy and he was almost expelled.

My grandfather died in 1942 when Charlie was 18, leaving him head of the family and with a small butcher’s shop to run in the centre of Huddersfield. According to my father the shop was just about scraping a living – rationing was in full swing and many customers had relocated to new estates outside town when their houses were demolished in slum-clearance programmes.

Charlie invested in a travelling shop, driving out to the estates where his customers now lived – it was the only travelling shop around. At the same time he installed the first refrigerated window display in his shop, meaning produce remained fresh while on display.

Meat and bacon were rationed at the time but not eggs and poultry so Charlie, ever the entrepreneur, realised this presented him with a huge opportunity for expansion. He decided to buy hens that were past their laying time, which farmers didn’t want, and sell the cooked product – hen meat tastes just like chicken but is a lot cheaper. He found hens for sale in Colne Valley, Lancashire, and planned to bring them back to Yorkshire on the train. Unfortunately live animals weren’t allowed at Huddersfield railway station so he solved that obstacle by taking his newly bought hens on the train and killing them in transit, plucking them during the journey and throwing the feathers out the train window.

When he got married Charlie built a garage, not for a car but to fill with hen cages. The land opposite his house became available so he rented it and built two hen huts and filled them with laying hens. When land came up for sale a mile away he bought that and expanded his growing business. Eventually he closed the shop and transferred everything to his new building, creating the first “farm shop” in the country and winning many local, regional and national awards. In time he expanded the shop into a successful restaurant and cafe, which burned down six years ago. The new restaurant and cafe opened yesterday and he worked in the business until (almost) the day he died.

He had an extraordinary life and lived through much adversity. As I was writing his obituary I thought about what made him such a successful entrepreneur. He was, without doubt, resilient, enterprising, determined, stubborn, opportunistic and hard working (often to the detriment of family life). He was a visionary and made things happen. He had no time for people who weren’t as committed as himself and many who had worked for him for 40 years or more were at the funeral.

He didn’t suffer fools gladly. His word was his bond. His customers loved him.

My uncle knew no other life than that of an entrepreneur. My grandfather, his dad, set up his own football pools taking bets on results and using my dad as a runner long before the pools were established nationally. I can’t claim my family’s entrepreneurship has passed its baton on to me but I love having my own business rather than working for someone else. Perhaps that’s what it’s all about at the end of the day – freedom and independence.

I also love hearing stories from entrepreneurs about how they started their own business and the skills they believe they required to make a success of their venture. That’s why yesterday’s Women’s Entrepreneur Conference is so close to my heart. Thank you to everyone for making it such a success.